What are Weeping Tiles?

Weeping tiles are 4-inch pipes used to discharge water from underground and redirect water away from the client’s home.

How do they work?

How weeping tiles work is that the pipes are placed with holes side up into a trench around the exterior perimeter of the home or in the interior under the basement floor. As water begins to rise it will insert itself within the holes and flow out of the pipes away from the client’s home. This can either be through a sump pump or to a drainage system away from the residence.

What type of weeping tiles are there?

There are two categories of weeping tiles: Exterior and Interior tiles. Exterior weeping tiles manage water at ground level before it can seep into the basement. It consists of a dug out trench, gravel, and a pipe. Water than soaks into the ground, through the gravel, and through the holes in the pipe to be swept away from the home. Interior weeping tiles is usually solely used when the exterior method has proven non-successful. This system is installed in the basement where water is directed to a sump pump. A deep trench is cut around the perimeter of the basement where a pipe is filled inside, filled with gravel, and covered with concrete to seal.

How do you tell if your weeping tile is clogged?

Weeping tiles can become clogged by roots or soil causing the water not being able to drain away and begins to press against the house’s foundation. This added pressure is the cause of various cracks and leaks within the foundation of the home. 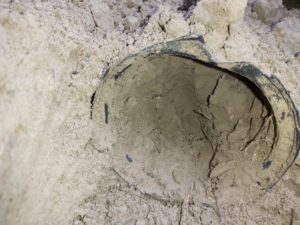 How do you unclog a weeping tile?

The most simple way to unclog a weeping tile is merely getting it replaced. Trying to physically unclog it yourself will result in more damage to the drain and could take a serious amount of time. It is also usually cheaper to simply replace the tile, especially if you’re under warranty by a waterproofing professional. All exterior waterproofing work is quoted under a 30 year warranty through ACCL, so a clogged weeping tile can be easily managed by professional help. 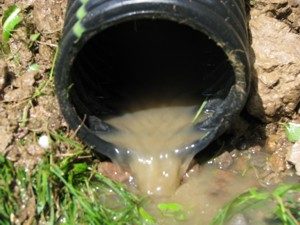